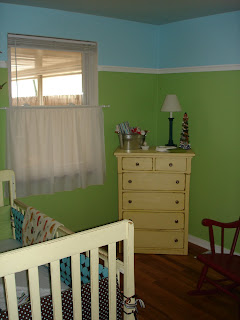 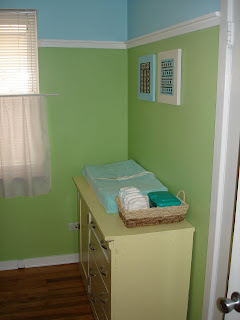 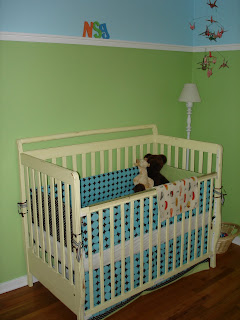 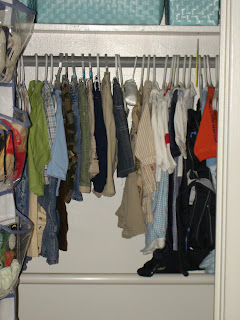 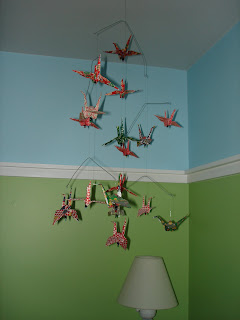 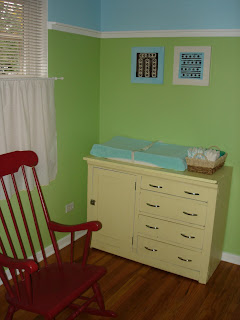 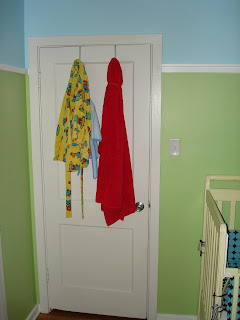 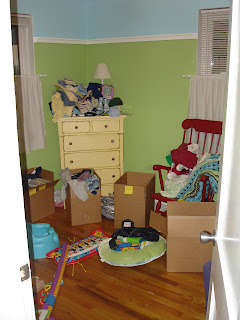 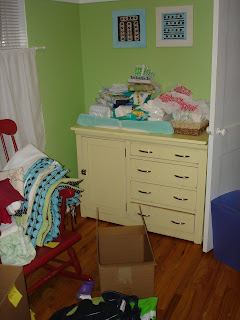 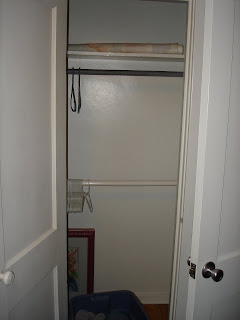 I remember the week before Noah was born cramming to sew his bedding. My dear friend Rachel had helped me paint his room maybe a month or two prior to his arrival. His room had been Emily’s nursery where I haphazardly painted gigantic red flowers mid-wall with green paint up to chair rail height. Hers was an eclectic mix of cherries, retro kid, and classic toile. It was interesting.
With Noah’s room I knew I wanted it to match a little more than Em’s nursery had. I moved Em into her new room (a surprise weekend project my friend Molly helped with while Em was out of town. I wanted her to have a special ‘Big Sister’ room.) and ‘nested’ the new boy nursery. The only thing I never did in Noah’s room that I wanted to was put up large alphabet flash cards on the white trim two-thirds of the way up the wall. I had found some great ones with animals from around the world, but never got around to buying them…
I think the anticipation of having to tear down his room was more difficult than the actual task. I cried at church and left the service. I sat outside thinking the recipe for the day couldn’t get any worse:
3 rainy days in a row
1 deceased child
3 ‘missing’ persons
1 room in need of dismantling
1 bag of chocolate chips (the only saving ingredient)
It wasn’t as if we were going to wait until November 27, the day before closing, to pack up his room. Obviously it had to be done and whenever is that convenient? Anyway, after church we went to lunch with some friends and their adorable little boy whose birthday is January 12th. I feel like God has blessed me with knowing two little boys who are sweeter than honey, one is 6 months older than Noah and the other 6 months younger. They would have been his buddies. Anyway, after lunch we headed to the tool store to replenish a few tools Jason needed to disassemble Noah’s bed. You see, coincidentally, after one of the 68 showings of our home, ALL of Jason’s tools were stolen from the garage. Fun times!
One of my friends, Cindy, who became a friend while Noah was in the hospital, and who was a friend of Noah’s, is due with their little boy in about 6 weeks. We ‘sort of’ systematically organized Noah’s things, keeping one mid-size rubber bin of our favorite clothes and mementos. We made a give away pile of things that could be used by someone else in need. And, then we sorted the 6 month and up clothes and are giving them to my friend.
Prior to tearing down Noah’s room, Jason and Emily and I held hands in there and prayed. We explained to Em that in our new house Noah wouldn’t have his own room but that the room next to her would be a place where her grandparents could sleep when they came to visit. She understood. She enjoyed being daddy’s helper using tools to take apart his crib. We also let her pick some 0-3 month clothes for her Cabbage preemie. She named him, ‘Noah’ and plays with him daily. She has a lot of Noah treasures, but we knew it was important to include her in the process.
We ‘reported’ a bit of the process at counseling. I have to say, I love every parent in that room. Usually when you get to know someone right away, it starts out trivial. The process of loving that person takes time and concerted effort. When you open your heart and are vulnerable because of a 9-week time sensitive course, there is no time for trivial. But that wasn’t an option for any of us, obviously, since the criteria for attending is losing a child…
We talked about the grief process last night. There was a visual diagram with life status quo, then loss hits, then this cycle of emotional and physical ‘shock, protest, disorganization, and reorganization’, and then life after loss. The line or arrow indicating life after loss was no longer simply horizontal. It naturally had an incline; life pressing on, with more purpose, not distracted by meaninglessness. I’ll ask the facilitator if I can scan the chart and show it here on the blog for visual types, like myself. Jason and I both talked about how for us we both hit many of the ‘stages’ while Noah was in the hospital. For sure the ‘shock’, ‘protest’, and ‘disorganization’ stages.
We won’t be able to make it to counseling next week because we are headed out of town for a week, but our assignment is to journal our thoughts on grief. This can look like anything, but the emphasis is getting our thoughts and hearts onto paper, basically not allowing ourselves to ‘stuff’ our grief, perhaps in the form of letters to our children or to God. The blog has definitely been this for me, but I want to scribe a few treasured thoughts to put somewhere for Em, too.
Well, this is ridiculously long. If you’ve read to this point, you certainly didn’t have to. Thank you for allowing yourself to walk this road of grief with us. Tomorrow I’ll post some thoughts God has running through my mind about my personal stage of grief…