Well, I know Halloween and Fall Break were a while ago, but I thought I’d post some pics anyway so you can see the Adventures of Emily and Ryan. We had an early snow so we pulled all the pumpkins into the front hall.  Ryan played “ball” with these every day until the snow melted. 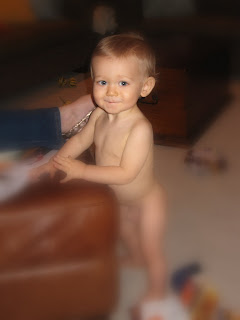 For Halloween Ryan was “Adam” from the Garden.  Just kidding.  His little tooshie was raw from 2 months of diarrhea so we let him “air out” at Nana’s house.  FYI:  his big D is gone and the kid broke 4, count ’em, 4 molars!  Fun times… 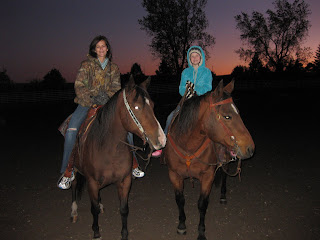 Em and I got to ride horses at a friend’s house while we were home in South Dakota. What’s that?  Yes, I am wearing a Pashmina with camouflage and running shoes…(no, I wasn’t prepared for the chill at sunset!) 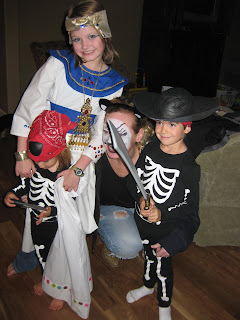 Bonus kid points go to Emily this year…she told me she wanted to be Cleopatra and wear her Egyptian princess costume again…it’s from two years ago…the bonus points come in that Mama didn’t have to make a costume this year!  (*To tell the truth, I kind of missed making one…)  LOVE our niece and nephews pajamas that glowed in the dark!!!  And that’s Aunt Kitty behind the sword…let’s just say Ryan DID NOT LIKE Auntie’s face painted like a kitty! 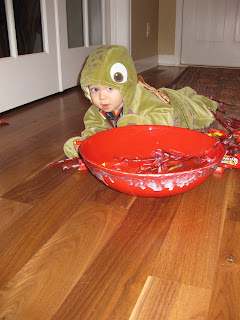 Ryan, or “Squirt,” helped me pass out candy to the kiddos in the hood.  And by “pass out” well, I have video of him chucking it left and right but I’m not sure how to post it here.  He’s into that stage of throw down/pick up/throw down/pick up!  Fun for Mama!