When Did We Give Up Our Ability to Think Critically? 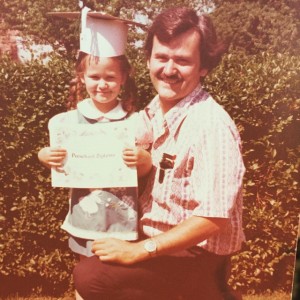 I can still hear his voice in my head. Science says our cells and muscles carry memories, maybe that’s what it is? Either way, my dad and I had a good relationship and even became friends near the end of his life.

But I can still hear him saying,

I don’t resent him for this, because these “conversations” shaped me, and later directed me to find my voice again.

They shaped me to the point I surrendered my voice and my right to think critically. He was my dad, and the “boss of me,” so to speak, so his word actually was final…at least he, and I, thought so.

He must know what he’s talking about, I thought, and gradually I accepted his word, or opinion, as fact, at face value.

It’s funny how this works because something inside me didn’t acquiesce…probably the muscle memory of God’s true voice in me. (JN 1) The part of me that questioned and wondered and asked, “Why?” was still present, but as I hit adolescence I believed it was “rebellious” to think differently than my parents, so I just kept stuffing it down…after all, aren’t children taught to honor their parents? Where, then, could there be room for honor AND my voice?

Fast forward to college where I spread my wings, at least during the academic calendar, to study theology and foreign language, and a variety of electives. The world opened up to me, meeting kids from different countries and states.

Though I learned new things at university, I also believed those in leadership over me, professor, church influencers, pastors, or even just older men, had the final word. The not-so-subtle beginnings of patriarchy were quietly blatant and now readily received.

I went off to college because I wanted my freedom, but found a new set of voices saying the same thing,

“The Bible says such and such, so that’s law.”

I unknowingly gave up my right to think critically, while still experiencing other freedoms like graduation, marriage, and a career.

Thankfully, the more experiences I had exploring the world, encountering new cultures, and meeting people different from me, I remembered how I was created in the image of God, with a mind of my own.

How we approach or view our day-to-day experiences is a matter of perspective.

Thinking critically, asking, “Why?” or exploring alternative ways to view something isn’t contrary or even being critical. Rather, it exercises our created ability to wonder and discover.

What lenses and filters we decide to take up or let down, is truly up to us. We are allowed to disagree. We are allowed to think differently. We will even believe in the same thing, but have completely different experiences because of our unique perspectives.

Finding your unique, God-designed voice after years of believing the opinions of others held more weight than yours sounds like freedom. If you’ve given up your God-designed right to think critically about the world, whether it’s religion and faith, culture, politics, or how we treat others, I invite you to pause and reflect a while. Just because someone else said so, doesn’t make them right and you wrong. They, too, are entitled to an opinion. And so are you.

It’s not a mid-life crisis when your voice is born again. It’s oxygen.

Put on your own thinking cap…it looks good on you!