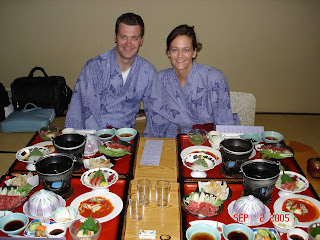 At a traditional bath house B & B in Japan eating dinner with our contacts. 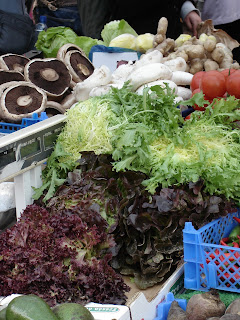 Yummy veggies at the open air market in London. 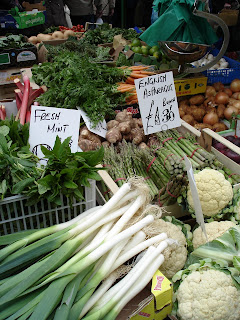 Some people think sickness is only spiritual. Others think it is strictly genetic makeup, while others believe it is brought on through repeated self-destructive behaviors. I personally believe it can be a combination of all of the above, and probably then some…

My earliest memory of wanting food for more than food’s sake was in second grade. I used to come home after school to my own private smorgasbord. You see, I was a latchkey kid in elementary school, and as normal as that is for many children, I used the solitude to soothe the munchies. My dad, with good intentions, had said things to us kids like, ‘Don’t eat that, it will make you fat’. For some reason with me, it made me relate food with body image and fat instead of nutrients and energy. I always thought I was fat but when I look back at pictures, I had believed lies.

To sum up a long story, for 15+ years, I tried most diets, I exercised, I fasted, and I ate pretty healthily with family, though not so socially. I was always the tallest friend and physically mature beyond my years. In 9th grade a guy I had a crush on told me I was built like a football center. My 6’5″, 250 lb dad told me he was sorry I was built like him. He didn’t say it to hurt me, it was because I said I wished I wasn’t so tall. My grandma constantly commented on my broad shoulders and how strong I was. I had been a competitive swimmer for 12 years, so I had a huge back and most certainly wasn’t a rail. My freshman year of college in P.E. class, we had our percent body fat taken. I was 140 lbs with a body fat percentage of 11. I thought I was fat. I spent most of my finances my freshman year at Subway and eating Twix bars daily while washing it down with a Dr. Pepper. I didn’t drink pop until my freshman year, and let’s just say, I went overboard! By the time I graduated from college, I was 150 lbs, but my percent body fat had changed from 11% to 25%. I had only gained 10 lbs, but my body composition had changed A LOT!

Skip forward to my mid-twenties and I was eating healthily again, and exercising, but my body composition would not change. I gained weight slowly and began having bad back pain, digestive problems, and was literally awake every night for 7 years between the hours of 1:00 am and 3:00 am. I went to a G.I. doctor, but they said I looked great. I had a CT scan, but they didn’t see the culprit to my pain and sleeplessness. After Emily was born in 2002, several months later, I was having a lot of abdominal pain and my back would go out quite regularly. I also began obsessing about food. It was all I could think about and it was all I wanted to do…eat. Salty, sweet, salty, sweet, crunchy, creamy, salty, sweet. It was a crazy non-stop craving. My mind was foggy, I was constantly bloated, I was short-tempered, lethargic, and had no short term memory. I was also very depressed.

My primary physician integrated conventional medicine with acupuncture. I began to see him for acupuncture for back pain while also seeing a regular chiropractor. My back pain was gone, but I still wasn’t sleeping through the night and was craving food and thinking about it non-stop. I read books about diet, supplements and exercise, I walked and did lots of ab work to support my lower back, but I was still obsessed about my weight and what stared back at me in the mirror.

God led me to a woman named Dr. Julie Marchiol. She’s a chiropractor and acupuncturist. She’s a christian, too, and has since become a treasured friend, but it was under her care that we solved a lot of physical problems and are still working on a few areas, of which I’ll share later. Though the one endocrinologist from Arizona who commented recently said we need to study genetics more carefully, I concur, but will say that hearing that someone has ‘good’ genes because they are 5’8″ and 135 doesn’t encourage me regarding overeating or food obsession. When you finish off the boxes of Suzy-Q’s, consume mass quantities of sugar in pop, candy, extra desserts, binge, purge, eat more food in volume than your stomach can contain at one given time, you send your body years of bad messages. Toxins build up and those toxins are eventually stored as not only fat but also disease. Call it genetics or bad programming, but just like we can’t blame every quirk in our lives on someone else, we need to take responsibility for what we have put into our bodies and what we have left out. Instead of daily Twix indulgences for 2 years straight in college while watching ‘Days of our Lives’, I could have been feasting on the Bread of Life, growing healthy in my walk with God. God created our bodies as machines to run on healthy fuel. When most of what America eats comes from refined flours and sugars, it’s as far away from the way God created it as possible…

Anyway, for me, Dr. Julie found that I had parasites, raging candida, storage and absorption problems, along with low serotonin levels AND I was eating and craving many of the foods to which I am allergic. Through a lot of hard work, I got rid of my sweet little parasites, got my candida in balance, have balanced out my serotonin levels, and, am finally digesting food properly. The way I know this is I’ve been tracking my BMI, intra– and extra-cellular fluids and my resting metabolism with Dr. Julie. For those who know what this all means, my BMI went from 98 lbs to 121 lbs in a month and a half. My intracellular fluids are now higher than my extracellular fluids and my resting metabolism has gone from 1517 to 1768. I have only lost 2.5 lbs, but it is all fat and not muscle.

It’s really late, and I still haven’t shared the story of when God called me out on my gluttony, which occurred one year after Emily was born, and is integral in my attitude toward food and my body image. I will share that in the next couple of days, but first wanted to lay down the history of my journey.

I know this is a lot of information, but my hope is that it rings a bell with many different people in one area or another and encourages you to take back your health. I’ll leave you with this thought…If I were a crack addict or addicted to porn or alcohol, being a recovering addict would mean I needed to remove those culprits from my life. Crack in ‘moderation’ would not be an option! The problem with overcoming a food addiction is that removing it as the culprit is not optional. Food is necessary to live and is something we can also enjoy. It is not the culprit. Our minds and attitudes toward it are what cause the gift of food to be anything more that what it is.