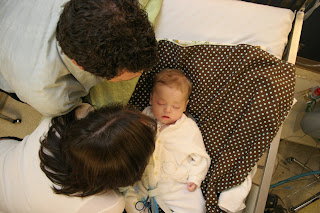 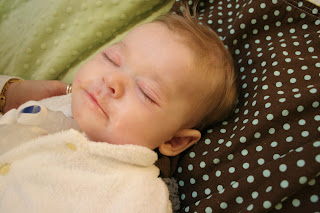 The two pictures above are from the early morning hours of January 12th. We didn’t want to sleep and miss out on our last hours with our little guy. Noah would sometimes make little lip quiver expressions, though not that frequently, so it’s cool that the one above was caught on camera. I’m doing a photo project right now, so am going through all of Noah’s pictures from pregnancy to January 12th. It’s heartbreaking to see the the timeline of Noah’s health decline…I miss him so much that I even had the CRAZY thought yesterday that I would have even loved to be pregnant with Noah the rest of my life, minus the cheeks and thighs, just to carry him with me in perfect health. Not quite sure what my answer might have been when people asked, “When are you due?” but even so, he’d be with me…There are so many birth defects and diseases that don’t manifest until outside the womb. My friend’s baby lived beautifully in her womb without a brain but not in this world…she just wasn’t meant for here, just like Noah, just like so many other babies and children that make brief appearances.

Anyway, last night our church had a worship and prayer service at the west campus where we had Noah’s service on January 15th. It was our first time back to that building since the service because that following weekend we started attending the second church site downtown. As I knelt there praying, floods of memories started rushing through my mind. I saw myself pregnant there, I pictured Noah nursing in one of the pastor’s offices, holding him in his carseat in the foyer…He and I never made it into the service that day because he took so long to eat…The last time we were out there we were surrounded by a lot of people who love us and who adored Noah. It was bitter cold, but thankfully not too cold for the beautiful dove release. Anyway, last night one of the pastors prayed for us and encouraged our hearts. It had been a hard day for me and for Jason emotionally. Sometimes the tears are like a misty Seattle day and others like a Gulf Coast hurricane!

Well, I have to go tidy up because we put our house on the market Friday and have already shown it twice. It’s hard having to ‘get lost’ but it’s in God’s control. Obviously it’s up to Him if and/or when/where we move, so we just do one day at a time…We just want to be where He wants us and when.