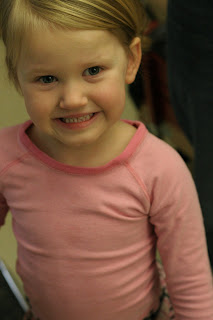 Em: Hey, Mom, look! Three spankin’ spoons at the grocery store! Why would you need 3 spankin’ spoons? (3 wooden spoons in a bag for sale)
Me: In case I broke the other 2 over your buns…
(We just laughed…)

Oh man, kids crack me up! We talked more about punishment and disobedience later in life. She was wondering when she’s old enough to have priviledges taken away and when she’ll be old enough to be grounded. Then she wanted to know why older kids get grounded and I told her that at some point she’ll be too old for spankin’s. She said, “That’s weird, you can’t ever be too old for spankin’s!” Thus, my following blog entry…

My feelings have been hurt to the core recently. My heart has been broken but it is healing and I will not die from it. (No, this has nothing to do with blog comments…) Forgiveness has already been given freely, seven times seventy…but as I look at the verses that precede Peter’s question to Christ about forgiving, it doesn’t just say forgive and forget…let me explain.

“If your brother sins against you, go and show him his fault,
just between the two of you. If he listens to you,
you have won your brother over. But if he will not listen,
take one or two others along, so that ‘every matter may be established
by the testimony of two or three witnesses.’
If he refuses to listen to them, tell it to the church; and if he refuses
to listen even to the church,
treat him as you would a pagan or a tax collector.”
Matthew 18:15-17
Jesus does say that if the situation is rectified between the two of you and sincere repentance occurs, you can move forward together. That’s pretty powerful. I say that because there have been times in my life when someone has sinned against me and I’ve wanted to tell the world, even though forgiveness was given and heart change occured, just so I wouldn’t feel so alone. I realize now that was wrong…it was gossip on my part.
BUT, Jesus clearly states that if the person who sinned against you does not listen to you, when you, in love, rebuke them, you are to pull one or two others into the situation. You see, the first option is so full of grace. It allows private healing for the person who now knows there is no such thing as a secret. (God knows EVERYTHING, so when we embrace sin in our lives and think it’s a secret, we are only fooling ourselves because God will bring it to Light for our own good and the healing of others….) The second option is also full of grace because you wouldn’t pull one or two strangers into the scenario, you’d seek out a close friend, a family member, or a mentor, probably. Hopefully we all remedy our ways somewhere in the first two scenes. But, the reality is, many do not, that is why there is the third situation where if the person who sinned against you still does not listen, you are to tell the church. PEOPLE, there is still grace in even this picture, even though the sin is more public by then. The reason I say there is still grace is because HOPEFULLY, if the Church is functioning the way she is supposed to, then restoration can still take place HERE, even at this point! HOWEVER, the second part of verse 17 says if the person who sinned against you refuses to listen to the church, we are to treat them as a pagan or tax collector…Modern day translation: treat them as someone who is ignorant, hard hearted, and Godless. It does not mean they aren’t forgiven on your part, but there isn’t anything you can do to change their heart if they have not listened. Now, unfortunately for them, they have to face God, who abhors sin, outside of the grace-filled situations that He designed above. Yes, God is love, but let’s not kid ourselves that He allows sin to stay in our lives. He refines us for our own good and for the benefit of those around us, so we will walk in humility.
As far as the forgive and forget part that I mentioned earlier, if healing has occured between you and the one who you sinned against or that sinned against you, sometimes the memories of the hurt are still is as strong as the day it all came out. That is where I have found that I need to employ, and realize the person I hurt has the need to do the same, the scripture about forgiving seven times seventy times. If we are both moving forward in our healing, as thoughts arise that cause me to be frustrated once again with the whole situation, I have to choose to forgive, again. It doesn’t necessarily mean the person repeats the same sin seven times seventy, though it may, and it doesn’t mean we allow them to walk all over us, nor should we expect them to let us walk all over their hearts if we choose not to get our act together.
The point is, our choices as individuals are not truly individualistic in nature. Our choices are not made in a vacuum. They affect everyone around us and it can be a horrible web we weave through bad choices or a beautiful tapestry. I am so grateful that God is gracious to reveal sin in my life so that I won’t be the same person I was yesterday! I have to say, though it’s painful, I’m glad I’ll never be too old for a spankin’.