So, for a few years I’ve needed to do this. I get around to things when I have time. Today I had a little…I have wanted to do a quick summary post for people who have never read Noah’s story so they can be up to speed. Here it is… 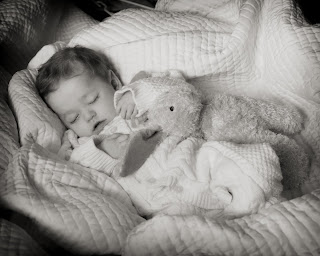 Whenever I meet new people they ask me if I have children. My answer is usually dependent upon the vibe I feel from that person, and, quite frankly, how much time I have to answer. But, let’s pretend you and I have just met, or maybe we have known each other for years but are just reconnecting and that we have a substantial amount of time to get to know one another’s stories. I’ll go first, since you asked, and then I’d love to hear your story, because we all have one and yours is important to tell.

You asked if I had any children. I do. I could stare at my daughter, Emily, for the rest of time and never tire of the beauty and life she brings to the world. I am in awe that my husband, Jason and I have been entrusted with her life here on earth. We also have a son named Noah, but he passed away. It’s a long story, but the short of it is Noah was born healthy and beautiful but quickly showed signs of illness at about four weeks. He was breast fed but had chronic diarrhea, was increasingly weak, had a rash and had something called hypotonia, or floppiness. We took him to the doctor who said he just had a virus but that we needed to get his eyes checked by a neurologist at some point because they noticed he had nystagmus, a condition where your eyes ‘click’ or get stuck in the corners of your eyes. On August 2nd, 2006, just 7 and a half weeks after Noah was born, we took him to an outpatient neurology appointment. A lot happened during the next 5.5 months, which is the content of this blog from August 2006 to January 2007. You can click here to read from the beginning. We didn’t leave the hospital again until January 13th, 2007, the day after we took Noah off life support.

This blog started as a place to update family and friends about Noah’s medical status from his stay at Children’s Hospital. Since then it has served many other purposes, including my place to grieve, scream, shout, and learn to live and laugh again. I had said that if Noah ever died, I would surely die. That cold day in January I did, indeed, die. But I died to a way of living that was completely self-serving and me-focused. The impact my life had made on the world in 35 years paled in comparison to the one Noah had made in his short 7 months. I died, but I was also born that day to live a life here on earth worth living.

There isn’t a day that goes by that I don’t think of Noah. I wear a bracelet with his beautiful face on it every day and each night our daughter asks for a story that always begins, “Once upon a time, Emily and Noah went on a great adventure…” Just because I am able to share my story, wear a smile on my face and keep pressing forward does not mean I am ‘over it’ or that it has been easy. I’m not going to candy coat that the loss of a child absolutely sucks. There are no words to describe the daily reality of milestones he’ll never reach. January 12th, 2007 was the last time I tucked Noah into bed. I will never straighten his tie for the prom. I will never know what it is like to hear him say my name. These are heart wrenching realities for anyone who has lost a child, but the heartache pales in comparison to all that Noah’s short life continues to teach me and the many others who have fallen in love with him.

I have found hope that in sharing our story we can encourage others, knowing we aren’t the only ones on this earth to suffer loss, heartache or disappointment…especially in the way we think God is supposed to work. Even though our son died, I have hope and assurance that God is good and can see a bigger picture, one more beautiful than I can comprehend…and I have found peace. How about you? What is your story?