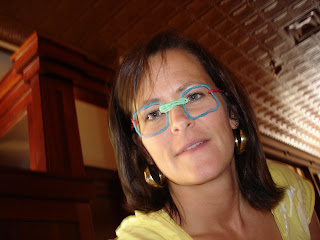 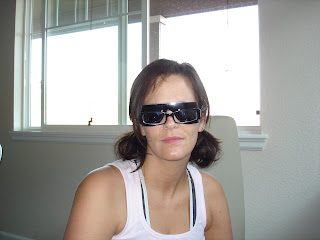 Solar-Rolz TM, as prescribed by my eye doc 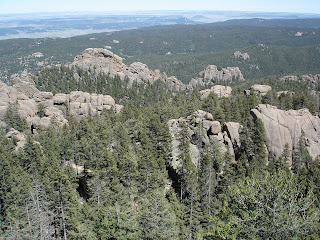 The top of the world…at least 9,748 elevation 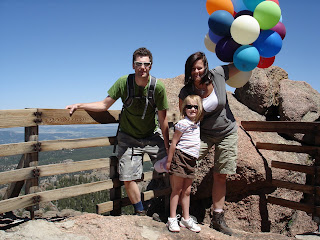 We carried Noah’s balloons 1.34 miles up 948 vertical feet to the top of Devil’s Head trail (why do people name mtns after the devil? well, we stood on his head) 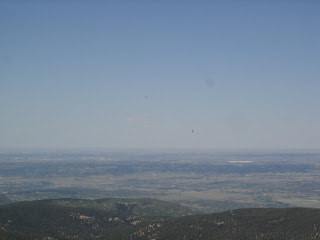 Noah’s balloons way off in the distance 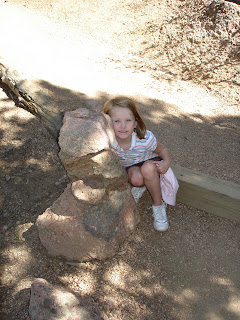 Em wanted to stack rocks to remember…
So, it was on our hike last Tuesday that I was talking to God about many things. One conversation in particular went like this:
Me: Lord, I would like You to just give me humility. I know You don’t really work that way, but You giving it to me would be much nicer than learning it…but either way, Lord, I desire more humility in my life…
Lord: (nothin‘)
Move onto Friday morning when I went to an ophthalmologist to have my eye checked out. You see, for the prior week, I wore my glasses, which the glasses alone are fine, it’s the wearing them part I abhor, to give my right eye a break. My vision in my right eye has gradually become blurry, regardless of corrective lenses. So, he took one look at my eye and told me that it looked like I had rubbed sand paper all over it. He told me that I am not allowed to wear my contacts until further notice. I asked if I could just “quick get Lasik?” but he informed me that he can’t do surgery on my cornea in that condition. I told him I just started training for a marathon walk, “How am I supposed to work out?” “Like anyone else that wears glasses and works out”, he stated plainly. “But it’s sunny, I don’t have prescription shades.” “Oh, you can grab a few of my complimentary Post-Mydriatic Sunglasses on your way out…they are actually kind of cool.”
They may be cool on their own…like still in their packaging or still sitting on his office counter, but then I put them on and BLASTO, they became un-cool!
So this may not be a big deal to anyone else, but for me, who has worn my contacts for 20 years straight, for between 14 and 18 hours a day (hence, the scratches), this is more than just having to wear my glasses. For me, I know God is taking my request for humility seriously. I PRAY and HOPE, for REAL, I learn it on the fast track…
So, would you like to encourage me with a story of when you prayed a prayer that you meant but didn’t really want to do the work, so much?