The title for this post may be a bit dramatic, but I am going to unpack “Mid-Life Crisis” in some posts to come, but this does dabble with some of the topics one may wrestle with when thinking of a mid-life crisis, so I felt it fit.

Last year I got to travel a bit, with family, with Jason, and all by myself. I. Love. To. Travel.

Exploring the world, people watching, meeting new people and learning their stories, taking in the smells and sights and feeling the feels is breath for my soul. It doesn’t have to be glamorous…I’m not talking 5-star lodging, though there is nothing wrong with that. I’m simply saying, my Spirit loves the soil of the barrio beneath my feet as much as it thrives off the sand on an uninhabited beach. In both places we find God’s divine beauty if we let our eyes see.

So, last fall I was able to tag along to Paris, the romantic city of love, where Jason had meetings, adding a few days on the front end to explore the countryside with my best friend and lover. We drove hundreds of miles, some mapped, others our own detours, tried new wines, ate baguettes and Cuban food, stayed in mom and pop Bed & Breakfasts, listened to new music, and, of course U2, and laughed out loud together at Jim Gaffigan’s comedic genius. The French countryside and our time in Paris was just right.

Well, in the spirit of French romanticism, and trying to keep it real, I wanted to change my profile picture on Facebook…first, why can’t we just change our profile pictures without it being posted to everyone’s walls that we did, in fact, change them? Anyway, see, Ryan wants me to grow my hair back out…maybe he wants to snuggle with it? I obliged even though I really, really, really like my hair less than one inch long. It’s this love, hate thing going on…trying to practice empathy with many incredible friends and women who have lost their hair to disease, feeling what it feels like to grow it in and feel awkward through the stages of growth. Let me tell ya…it sucks! I’ve had the luxury of cutting mine or shaving it again probably 5 or 6 times, but figured if I’m going to grow it out, I should probably stop cutting it. Whoa. It’s been about 7 months and if I dyed it blue, I’d look like your grandma.

Anyway, yada, yada. I changed my profile picture from when I was tan and it was summer and I was probably 5 or 10lbs skinnier and my hair was short and maintenance free, to this one where I have a bit of a frizz head, but the lighting was right and, whatever, it’s just a picture.

But I felt romantical in it. I felt kind of demure, French film-star, pale-skinned, pretty in it, so I thought, “Well, this is about as good as it gets in the hair department for now, so it is what it is and I feel pretty.” Post.

Those words to myself, “I feel pretty,” haven’t been common to me. (Read here for more of that story.) They aren’t first or even second nature. They are words I’ve had to convince myself of in the last 4 years since turning 40, not only on the outside but deep, deep within…in the last 4 years since God said to me, specifically, almost audibly, “Adrienne, I know you love Me. I know you love others. There’s another part to that scriptural command and it’s to love yourself…it’s time you started doing that…”

If I were in so-called mid-life crisis mode, filtering these truths into me, separate from God’s truth over me, it might look like nips and tucks and replacement parts and endless dieting and die-hard, bad-ass working out, striving for something, other than, in spite of any of that, just looking in the mirror and loving myself simply because I exist. Simply because God made me. Simply because when He made US, He said, “It’s oh, so, good!”

So, let’s fast forward to a conversation, one had in light of me being in a healthier place in my head and heart and body than I have been in a while…Jason says, “I really think you are beautiful. That being said, I think you should change your profile picture. It doesn’t really look like you, it doesn’t capture who I see when I look at you.”

Me: You don’t like my profile picture?
Him: No. You know I think you are beautiful. I just don’t think it looks like you.
Me: I like it. I feel French and romantic in it. Plus, you know me, I’m so literal, it’s not how my hair looks right now so I felt it wasn’t current or accurate.
Him: Ok, that’s fine. I just don’t think it looks as beautiful as you are. But keep it.

Then I get a call from my dad. “Hey, Boo, there’s this weird picture of you I saw the other day. It doesn’t look like you. You look kind of distorted…”

Me: Oh, really? Am I wearing a green sweater?
Dad: I’m not sure, I’ll have to look at it again…you look kind of gaunt, almost anorexic.
Me: Dad, not eating enough food has never been my schtick…I’m a huge fan of food. Don’t worry, I’m not anorexic. And, PS, I like that picture…I feel pretty in it.
Dad: Well, I just think you’re so pretty and it doesn’t look like you.

So, then I tell Jason, who I’ve been lovingly dishing crap to over the course of the day, “Yeah, my dad hates that picture, too…”

Jason: I don’t hate it. You are beautiful. Keep it. I just have other favorite ones of you I love more.
Me: So, the 200+ friends who liked it on Facebook are obviously blind…

Thing is, they are both kind of right, these men in my life. Not that it’s not a good picture, because I like it whether it’s “good” or not, whether others “like” it or not…I know how I felt taking it, and it’s just a picture that doesn’t define me. Just as no picture represents the whole of us. But, if a photographer were to take a shoot of me, in true Adrienne style, it’d be full of sass. It’d be snarky and smart ass and I’d be awkward with the camera and saying ridiculous things like cuss words or “sperm whale” just to laugh and not feel so very uncomfortable being seen, being vulnerable.

So, in my true smart ass way that I often function, I headed to the bathroom around 11:15 to get ready for bed. I fluffed out my hair a bit. And then I texted this to Jason, down the hall, with, “Oh yeah! Here’s a profile picture for you!” 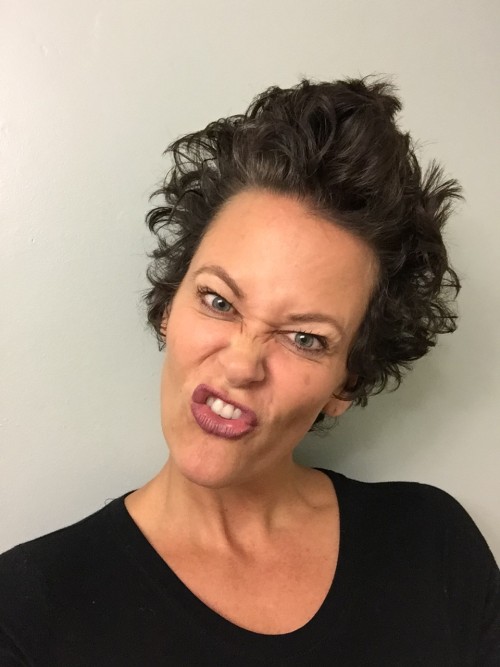 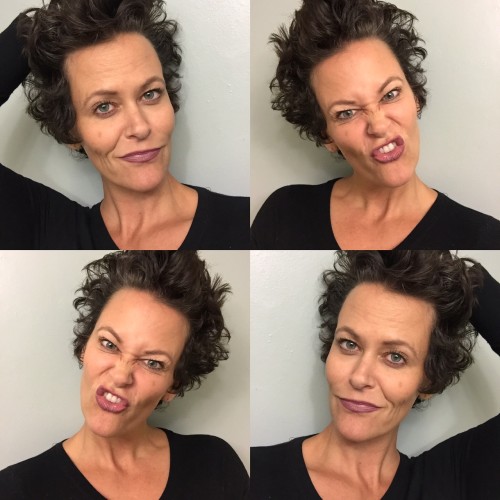 But, my hair is growing more. And it’s sub-zero this winter and I can’t leave my hair wet to dry, so I’ve been blowing it out, but then it’s cuh-razy, so I pretty much just wear a hat anyway. And I’ve almost shaved it 12 times since last week, but I’m sucking it up and just going with the fro, which I can’t rock as awesome as some sisters, but whatever. It’s hair and isn’t what this is really about, I sure hope you’ve caught that?!

Anyway, so, then Ry and I hid behind the curtains where the snowy sunlight made for a decent filter and snapped off some new pictures. Some I like and some I don’t, but the crazy thing is, they are all me and all Ryan. Who we are in the pictures doesn’t change whether one picture captures us well, or not. 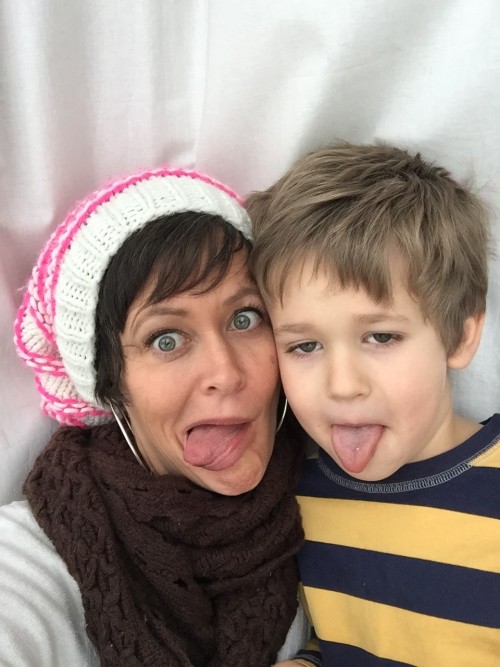 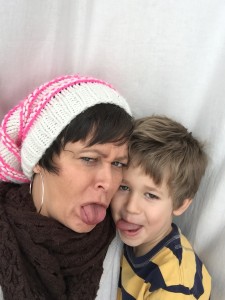 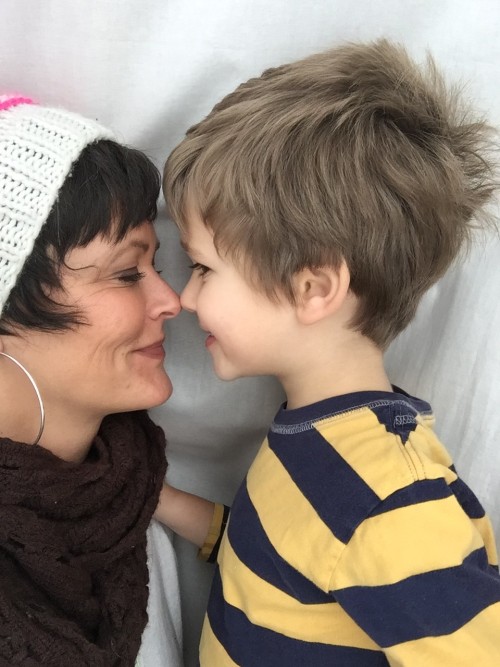 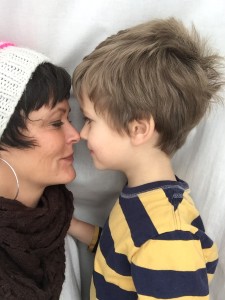 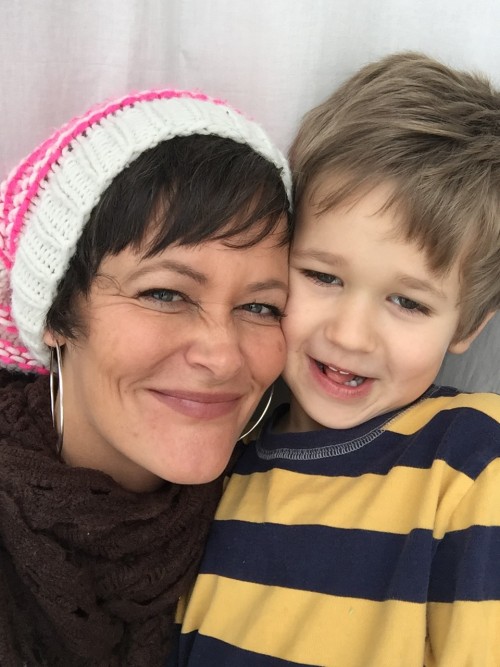 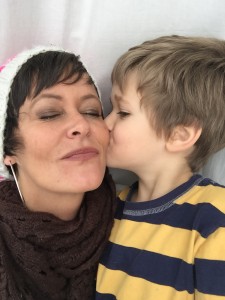 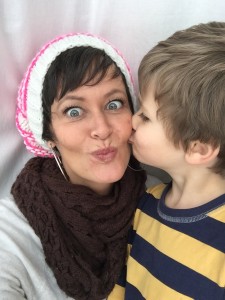 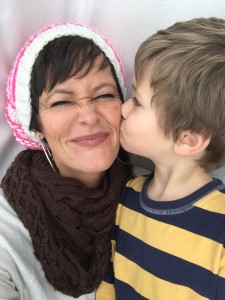 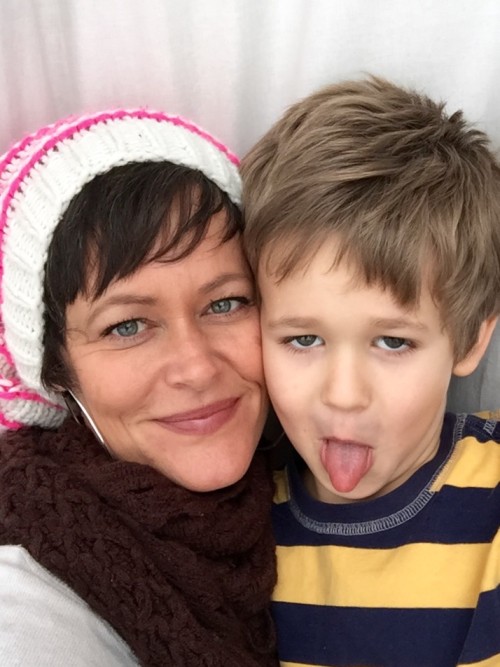 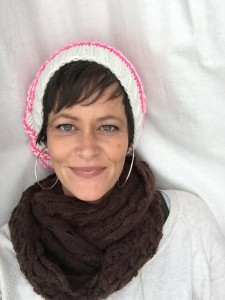