Show Me Your Moves 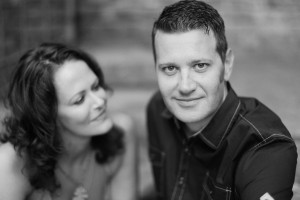 As we were driving home from Denver this evening, after a fun day where Jason and Em went climbing at REI and Ryan and I watched monster trucks in all their volume do their thing at the Pepsi Center, we were flipping through the channels looking for some good tunes to pass the time.

Em told me to stop it at a certain song. It had a pretty good dance beat. And it’s like it’s automatic, or something…but the ribcage just started going.

I turned to Jason, my ribs all over the place, and said, “Show me your moves, Graves.”

Jason has one move, and well, it looks like this: Stand up straight, bend your arms to a 90 degree angle, elbows at the waist, hands held in loose fists. K. Now, barely move your hips from side to side.

That’s it. That’s what he’s got. Though, if you must know, he did once have a mean moonwalk, but that was before I ever knew him, you know, way back when he and his best friends wore parachute pants.

I said, “Dude, we would have never hooked up if we had met at a club…”

He smiled and said, “I would have learned to dance to get you.”

And that’s the end of the story, folks.

Jason Graves is my lobster.