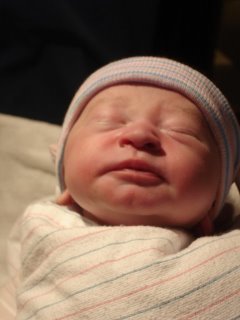 It took everything in me to not first of all, bawl, and second, reach out and pick up the 8 week old baby boy I saw today at the Post Office. It hit me like a ton of bricks. I didn’t want that lady’s baby, I just longed for a minute for the world to stop so I could have my baby boy with me, doing errands…I wouldn’t have even seen that peaceful bundle had the rest of my day not been totally jacked…
You see, the last two days I’ve been acting like I’m in college, during finals week, the night before the big deadline. I started a non-profit organization called Bevy, Inc with some girlfriends. In a nutshell, it’s like Extreme Home Makeover on a super small scale and we do it for women in need and other non-profits that help women in need. WELL, I had non-profit status, just not my 501(c)(3) status yet. The IRS sent me a letter dated June 10th telling me additional information they wanted by August 2006, like additional Board of Director members, Conflict of Interest Policy regarding salary (we don’t have any money, so no one has a salary-minor detail they overlooked), etc. So, of course, June 10th is the day Noah was born, so, the paper was set aside 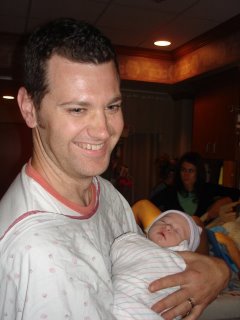 . Then, on August 15th I got a notice saying that I had until November 15th to get all my paperwork in or they’d close the case. Yeah, because in August I was even thinking about anything other than lungs collapsing and diarrhea killing mice at the CDC. Anyway, all that to say that I waited until this week while Jason’s out of town on business and we’re trying to send out MRI’s to other places for second opinions, to get my act together. I headed over to FedEx to ship off the masterpiece, and, of course they don’t ship to P.O. boxes…you probably ALL knew that, but I most certainly didn’t. Well, I found this out after I had taken the time to print 4 copies for the Board members. I looked at the clock and called Ohio, where the office is, at 4:40pm their time. Of course, the guy who I need to speak to regarding an alternate mailing address is gone for the day…his “tour of duty” is over at 4:45pm (shhhh, don’t tell he skipped out early). Anyway, I decide to send a fax so that at least that copy is on his desk by November 15, my deadline, if I can’t get to the USPS Office in time. The fax takes 10 minutes to transmit. The FedEx guy tells me where there is a PO right by the hospital. I head straight there and they closed at 3pm. What’s up with that? So, I drove over to the PO by our house, thinking that it’s all meaningless…seriously, what the heck am I doing getting worked up about my IRS deadline when in reality, I don’t need anyone’s freaking permission to reach out to women in need…but, thankfully their overnight drop off time wasn’t until 5pm. All that to say, hopefully we’ll get our 501(c)(3) status, and, for the first time in 5 months, I looked longingly at another woman’s baby…don’t get me wrong, I don’t look at every other baby and feel sorry for myself. I honestly am so excited for that little one’s life and the joy their parents feel. I’m just like anybody else in that area. But today, all day, I just felt sad and grieved at the whole situation. The reality is is that no one knows anything. The little guy who has melted my heart started out with a rash, diarrhea, swollen lymph nodes and nystagmus. Today he is laying in a hospital bed in very critical condition on life support and I think that sucks.

I included these pictures because it’s a snapshot into the joy we all had becoming a bigger family. I know I can’t look back and make anything different. I would literally die for my kids, which brings up my current faith crisis…my reality isn’t lining up with my faith…I don’t want to “do” life without Noah in it. I just don’t want to. No one should have to. Jason is the best dad in the whole world! Emily loves being a big sister, even though her experience is skewed. 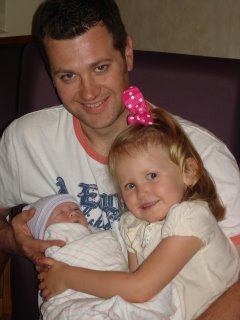 God made Noah. He called him out of the womb. I am honored to know him and humbled to be his mom. It just doesn’t change the nauseous feeling I have that I haven’t done enough for him. I really am desperate!
Anyway, I know I am a “fixer” and I just want to fix it! Why can’t I just fix it!?!?!