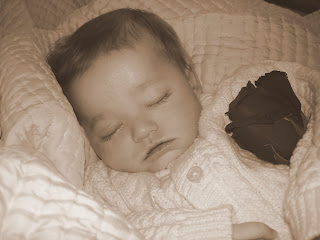 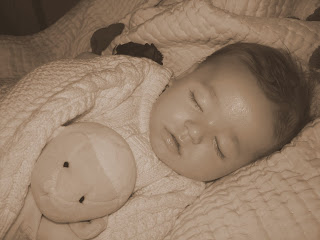 (Maybe it was the “cha, cha, cha”?)
Geez is right, Debbie. But, I’m not offended because it’s my life, it’s my reality, it’s my grief and my blog and there are 6 billion people on earth that don’t know the depths of my heartache, but that’s okay! Jason and I were even talking about how, though we shared the same beautiful son, we both have different heartache and different ways that we will heal through it. I’m not saying people don’t understand other people’s sadness, since we are not the only ones to have had to take our son off of life support. I’m just saying that if no two finger prints are alike, than how can two people’s grief be the same?

I have no idea what it is like to lose my parent to a tragic death, to back over my child with my own car, to lose my spouse, to witness a murder or even commit one. I can’t imagine the feelings that speed through a soldier’s mind, spirit and body when they are ordered to shoot the enemy. I don’t know what it is like to have 3 miscarriages, give birth to a stillborn, to not be able to have children at all. I don’t know the pain or numbness that a doctor has in their heart when they perform an abortion or can’t save a child at a Children’s Hospital. I can’t pretend to have all the answers, nor will I. But as I said, this is my blog, this is my story of grief and healing, this is the legacy Noah is leaving on this earth and I know we will all learn from it.

I’m not offended about the “Wow” (cha cha cha) comment because I have a feeling it’s from the same person that wrote a comment on January 9th that I chose to delete. It said that they wouldn’t be so “upbeat” about giving their son up to God…As I have said before, facial expression, tone and so much more is lost in writing. That’s just the way it is. I could just delete everyone’s comments from today and start from scratch, but it’s all part of the process and, though at times, it can get ugly, I think it’s healthy for everyone to be real with their emotions, just remember that in our anger, God says not to sin. That is why this blog exists…

I’ve said it from the beginning, I will not “blow sunshine” at everyone about God, grief, our reality (for those of you that don’t know me, I mean I’m going to be real about it and not try to “defend” God and make life here all fluffly). Therefore, allow me let you into my mind, whether I’m “vacationing” or sitting at home reading my Bible, or laying in bed, never really falling asleep…

Sometimes I picture Noah alive, as he was at home. Other times, the image in my head is of him alive at the hospital with tubes every which way. Many times it is of his lifeless body in my arms, disconnected from the ventilator. Sometimes I picture him as a heap of ashes, still sitting there at the funeral home because I have yet to pick “him” up! The pictures above are in sepia because the color shots showed the blood pooling in his cheeks and his pale lips after his spirit was with the Risen Christ. I “see” him cold, pale, wrapped in blankets, in Jason’s arms as he carried him out of the hospital. There are 7 months of images that come in and out of my mind. I am not trying to be crude in sharing these things, but anyone who has lost someone they love has images that run through their minds. I’m telling all of you to educate everyone on grief. I don’t have the corner on the market for how to grieve properly, nor is it the way everyone should grieve. It’s my way, and thankfully I have not yet walked it alone, but with my Savior that has already felt all of my pain.

There are NO words that anyone can say to take away the reality of another person’s loss…that is why it’s important to just say, “I’m sorry. There are no words.” The reality is that most people are uncomfortable with other peoples loss, sadness, emotions or grief. Why do you think in the 1950’s and probably still today, many parents told their kids to stop crying when they were sad? Where do you think the saying, “Get over it” comes from? Have you ever wondered why your friendship circles change after tragedy? The ones that last are the ones that run deep and don’t ever expect the “grievers” to “get over it…”

Anyway, when I said vacation, it’s part of the grieving process…it’s called escapism, and it only lasts a week, but it helps put things into perspective so I can face my daily reality…life without my son.