We need to start a “Loveolution.”  Actually, we need to carry out what was already started years ago…like, thousands of years ago, where EL. OH. VEE.  EE. was the headline news, not the other crap on TV, but news worthy in that it was spoken and acted out, person to person, in real life, God to man. The kind of news where people ran from town to town to tell how their lives were radically changed, for eternity…

Love is, according to the “Free Dictionary”:

Revolution is, according to the “Free Dictionary”:

So, picture this:  all of us, every. single. one. of. us. orbiting, or rotating our lives, NOT around our own intentions, motives, or seemingly selfless behaviors, but around LOVE.  Loving God first, loving ourselves the way we’ve been created, and loving everyone else with whom we come in contact.

It’s not easy.  Some don’t, or won’t, love God.  They have too many walls to even believe He is good, or that He exists at all.

Others, like I’ve done in the past, don’t, or won’t, love ourselves, grateful for all our quirks and imperfections that add to the beauty and variety of life.

Yeah, but who said it’s supposed to be easy?  We want it to be, but loving is tough stuff, because we all have rough edges and we’ve all been hurt. 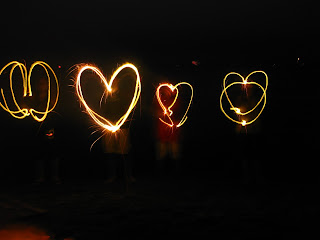 Before any more laws are passed and any more hate is spread, we need to literally STOP.  I don’t give a rip about what kind of government is or isn’t in place, if we don’t have love, it doesn’t mean jack squat.

Imagine if all the hate in the world was overthrown with a Loveolution?

With this previous election, there were days where I could taste bile in my mouth because of how nauseous I was from all the hatred being spewed…and from people who use my Lord’s name…in vain.

People think using God’s name in vain is what people yell at the opposing teams at a sports match, or at the guy who cut you off in traffic.

Using God’s name in vain is claiming to be His yet not walking in LOVE.

Stop.  Don’t do it.  How sickening that the name of Jesus Christ is being perverted by people spreading hatred!  It’s opposite of Who He was, Who He is, and Who He is supposed to be in us.

I’m a Christian woman.  This means I am a forgiven human who has an intimate relationship with the Creator of the Universe because of His selfless action of unconditional love, God becoming a man in order to know what earth-life really is like, outside of His physical presence.  This doesn’t mean I am perfect or ever claim to be.  It just means I’m not using His name in vain, for my own selfish ambition, but out of thankfulness for being saved from my sorry self.

Religion is death.  Don’t equate a relationship with God with the word “religion.”

A relationship with Almighty God is awesome and intimate and holy and beautiful, and messy on our part, but moldable and completely attainable here on earth, not because of our actions or behaviors, but because God loves us, each of us, and extends that love and grace to us every day.

I mean, what would happen if there was a sudden and momentous change in the earth towards Love?  You know, praying in school, to God, doesn’t hurt anyone.  It doesn’t hurt anyone in any religion that does claim God.  And it won’t hurt the people in school who don’t believe in Him because it won’t affect them, right?!  I mean, they don’t think He’s there, so, let’s just bring it back.

I heard today that the Mayans never foresaw December 21st as a physical end of the world as we know it, but rather a spiritual end of the world.  Wow.  That’s much more profound than all the previous town criers who have even written books or purchased air time for their untimely foreshadowing.

The world I live in today is in pain.  It’s dark.  Sometimes it’s difficult to see the Light, but He is there, shining, moving in hearts, one at a time.  I won’t live in fear because I have hope and I know there’s more to this life than what I see.

However, in the meantime, I live here.  I breathe the same air as Jesus once did and as horrible dictators do in war-torn countries.  We all spin on the same physical axis and orbit around the same sun, but we aren’t all revolving around the same Love agenda.

We need to, though.  We need a Loveolution.  And we need one NOW.  No more wasting time.  The time is NOW to start loving God, loving ourselves, and loving our fellow man.

God’s agenda has always been LOVE.  The Devil, on the other hand, has never been anything other than an asshole.

Hate evil.  Cling to what is good.  Do not live in fear but know that Perfect LOVE casts out all fear.

A LOVE REVOLUTION.  It’s time we got started…