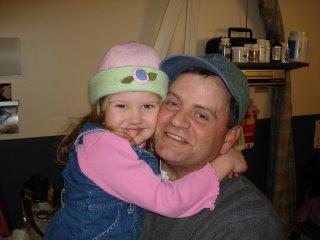 Here’s Em and her miraculous Uncle Dan from RI. Just this may he had brain surgery for an aneurysm and was home, installing the internet DAYS later! He was Em’s flavor of the week. He and my sister made her a great name plaque for her room. Noah’s is in room 313 with him. 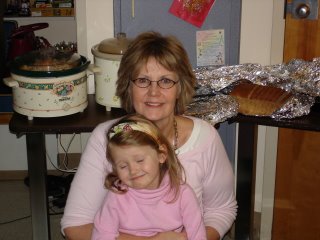 Here’s Em and Nana enjoying one another. Our yummy feast that was generously donated is behind them. 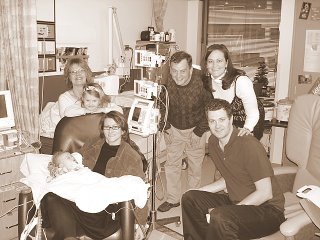 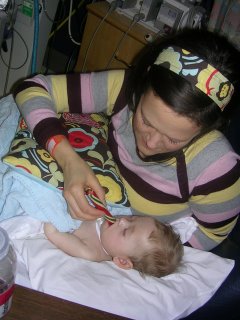 And here is Noah munching on his very first candy cane from Hammonds here in Colorado. Notice my really cool headband and pillow from my friend Kim that sells stuff on www.mydolcebaby.com The pillow, fyi, is my new “grown up” Pooh Bear. You see, I slept with Pooh for 30.5 years (didn’t go on the honeymoon but has been to Europe, Siberia, South America, Mexico and all over the USA…) until Emily was born, but had to stop because I kept thinking Pooh was Em, though I never slept with her, and I thought I was smothering her, so, my new pillow is perfect since neither Em or Noah is shaped like it, so I shouldn’t mistake it for them…THANKS Kim!