Are You Burned Out on Religion?

People, things, involvement, passions, even thoughts or beliefs at times have met a death grip in my hands. Some days only purging keeps me grounded. Recently I attempted to strip down to few possessions, selling our home, even shaving my head, in search of the essentials. It was my outward reaction to an internal battle. I decided to apply this perspective to my relationship with God. 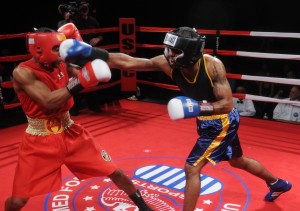 “Hope is where the door is, when the church is where the war is…” Lyrics by U2 from the song, Sleep Like a Baby Tonight, Songs of Innocence album

My experience in American Christianity had become a compass for measuring God’s pulse, as well as my morality, and truthfully, the morality of everyone else. I justified, “I’m part of ‘non-denominations,’ so at least I’m not religious, but I’m definitely more dialed into God’s Spirit than so and so.”

The longer I lived in these well-intended camps, the foggier my vision was for the heart of God. Non-denominationalism still had its rules and playbook. It was no freer than other denominations or world religions. Sensing the darkness, I could barely see.

The way Christianity was being personified in the world seemed a far cry from Jesus’ message of “Good News.” Not hoping in Christ wasn’t an option for me, but aligning with one camp of “Christians” made me sick to my stomach. Just thinking about it made me realize I had already had enough Kool-Aid.

Messages to serve more, help plant, build, launch churches and programs, do this or that person’s Bible study but avoid another’s theology, grew louder. The yelling resembled a cage fight, yet the opponents were God’s created children.

Some had taken it upon themselves to change the total trajectory of their ministry of serving others to calling out “all the bad sheep.” Fingers were pointed in all directions, but the love was gone. The irony was Jesus’ words about judging one another still graced the pages of every Bible being wielded.

Us vs. them. As if that’s even a thing when God so loved the whole world…when we are all sons and daughters.

The political agenda in our country and the world had somehow drowned out the local church’s relevance to love and serve our neighbors. Instead, pulpits were blurred with political podiums and if you didn’t vote or support this or that agenda or candidate, you “weren’t really a Christian.” The volume was deafening and it was time to find God’s soothing voice amidst the screaming.

Fear of NOT aligning with everything such and such a camp of Christianity believed was drowning out the expansive freedom of Christ we know when we live as our true selves, our child-of-God selves (John 1).

It was too much. Nauseating. And I didn’t want to be part of any of it.

I approached God with a specific prayer where the word cadence was truly a matter of life and death:

“Lord, I want to get to know You the way You desire to be known,
not the way man has tried to make You known to me.”

I had no idea what to expect. I half-heartedly thought He’d tweak my theology a smidge and we’d be mostly back to normal. Instead, for the past 10 years, God has invited me back to the Original Garden to discover what “Good News” Jesus was talking about all along.

This Garden has renovated my theology and transformed my worldview. It has been oxygen, clean water, bright light, and salvation. My plea for truth was met before I even knew it. Jesus answered it thousands of years prior in verses 28-30 of Matthew chapter 11, “Are you tired? Burned out? Tired of religion? Come to me. Get away with me and you’ll recover your life. I’ll show you how to take a real rest. Walk with me and work with me – watch how I do it. Learn the unforced rhythms of grace. I won’t lay anything heavy or ill-fitting on you. Keep company with me and you’ll learn to live freely and lightly.”

I have so much more to say on this topic…which is why I’m writing a book. But I share this snippet today for anyone else out there who is weary and longs to know God the way He intended…you are welcome here.