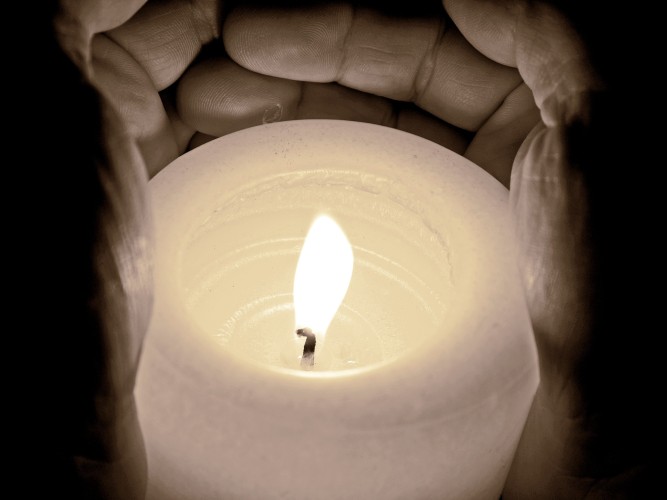 …declares the Lord, “plans to prosper you and not to harm you, plans to give you hope and a future…” – Jeremiah 29:11

This is a scripture a lot of Christians quote to encourage one another of God’s goodness over them. And it’s good. It’s truth. He does have good in mind for all of His creation.

But it’s important to read some of the sentences that surround this statement…not because God only functions in scriptural context, because He doesn’t…He won’t be confined to a box of our limited comprehension…but because sometimes we need a reminder that His goodness and His ways don’t always look like glitter and fireworks and shiny fancy packages…

Also, I don’t view this story as one solely for people a couple thousand years ago, non-applicable to today, but as especially pertinent for people who claim to be Christians, as a directive that still holds true wherever they may live.

A few years ago, some friends and I did what was supposed to be a 12-week study on the book of Daniel, from the Old Testament of the Bible that we stretched out over the course of 10 months. The content was too rich to cram into 12 weeks, so we unboxed it and soaked in it to really get a taste for it. Well, I haven’t stopped thinking about Daniel’s life and relationship with God, and the Babylonian kings, ever since.

There are SO MANY ANGLES to go with the stories in the book of Daniel, but as far as his character, integrity, and dedication goes, I’m blown away in light of the circumstances of why he is even in Babylon in the first place and how he remained faithful in a godless nation.

Daniel was a promising young man, intelligent, strong and handsome, of noble birth and character. It’s presumed he was a teenager when he was taken into captivity in Babylon, and there he spent the rest of his life, learning from, working for, serving, and ultimately befriending, the foreign rulers. Specifically I think of King Nebuchadnezzar and Daniel’s relationship with him, namely his behavior while living in a culture totally foreign to him.

It never says Daniel tried to thwart the rulers he served under, never talks about him trying to change their governing systems, disrespect them, or slander the king’s name or laws. We know he didn’t eat the food or drink the wine the king provided for the leaders in training, and we know he prayed to God three times a day, and we also know he would interpret dreams for the king, even pleading with the king to heed the warnings…affording the king time to change.

But, we also know Daniel’s remainder of his life was spent in captivity, an exile from Jerusalem in Babylon, because God allowed for this. And we know he had huge favor and was the king’s right hand man.

The part about Jeremiah 29 and the promise of God’s good over His people is especially beautiful when the other sentences are read along with it, and especially challenging when filtered through a lens of “being in the world, but not of it” and how “we wrestle not against flesh and blood but against spiritual principalities in the world.”

Here are some of the other sentences, the words and charge from God to Daniel and ALL the leaders and exiles who were carried off to Babylon:

4 This is the Message from God-of-the-Angel-Armies, Israel’s God, to all the exiles I’ve taken from Jerusalem to Babylon:

5 “Build houses and make yourselves at home.

“Put in gardens and eat what grows in that country.

7 “Make yourselves at home there and work for the country’s welfare.

8-9 Yes. Believe it or not, this is the Message from God-of-the-Angel-Armies, Israel’s God: “Don’t let all those so-called preachers and know-it-alls who are all over the place there take you in with their lies. Don’t pay any attention to the fantasies they keep coming up with to please you. They’re a bunch of liars preaching lies—and claiming I sent them! I never sent them, believe me.”God’s Decree!

10-11 This is God’s Word on the subject: “As soon as Babylon’s seventy years are up and not a day before, I’ll show up and take care of you as I promised and bring you back home. I know what I’m doing. I have it all planned out—plans to take care of you, not abandon you, plans to give you the future you hope for.

It seems like Daniel was in tune with these truths, in tune with God, because he sought God, in spite of his surroundings and circumstances. His dedication to serving the king faithfully and with integrity, not trying to butt the system but rather praying for the good of Babylon, was met with great favor. It would seem Daniel’s lifestyle was a glimpse of what living and serving looks like in an upside down kingdom…what God will do when we trust Him despite what we see with our eyes or are experiencing in what feels like the darkest of hours.