There’s much talk these days about social media, especially blogs and Facebook, and likely Instagram, and probably Twitter, and most definitely Pinterest, but probably not Google+ because no one knows what that is, really.  The talk is about how these venues of communication make some people crusty and agitated because they don’t believe people are portraying themselves honestly for the world to see.  They are wearing their “Sunday Best,” let’s say, but never airing dirty laundry or imperfections, aren’t raw and real, and are lacking vulnerability and authenticity.

Essentially, what I see happening and sometimes experience is, we are comparing our private selves to other peoples’ public selves.  The reality is, if we are irritated by another person’s post, isn’t that more about us and our faulty, insecure filters rather than about the other person?  Just a question to ask ourselves. 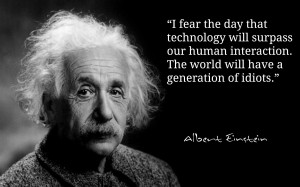 I do use all of the above modes of media, some I’m fine with, others suck me into a dark place…and I want to talk about that.

What it all boils down to, for me, is:  margin and where my heart is.

Before Noah went into the hospital, my friend gave me a book called, “One Minute of Margin” by Dr. Richard Swenson.  It’s about creating margin, or space, either physically, emotionally, spiritually, or mentally, but simplifying our lives.  A modern twist is Jen Hatmaker’s book, “7.”  The point is, the more we have and are stimulated by, the more overwhelmed we feel.  The more bandwidth, the easier it is to breathe.

Contrary to American culture:  Less is actually so much more.

When I feel overwhelmed, like with actual anxiety, usually triggered by reading too many media posts by others or scrolling any of the above mentioned media venues, I know I have to step back.  My knee jerk, dream reaction would be to go to a deserted sustainable island where I could have fish, seaweed, and coconuts and a great tan and no electricity and live forever doing Yoga and praying in the Spirit to my Heavenly Father all the live long day.  Since that ain’t gonna happen, I close my laptop, chuck my phone in my purse, and start thanking God for His love for me.  I pray for everyone He puts on my heart, prayers for God’s love to be known in our hearts amidst the crazy clutter with which we’ve filled our lives.  With which I’ve filled my life...

…and the crazy thing?  Well, when I chuck all media, I actually get stuff done, as well as face to face connect with real people in tangible ways, here on this earth, where real hands are held, wet tears are shed, laughter lines are deepened, and the warmth of friendship and family brings real live healing and hope.