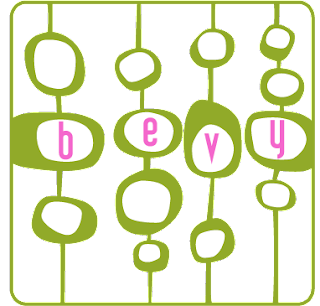 Just because thoughts run through my mind constantly does not mean others can, A, read them, or B, respond to them.

This is a problem. I email people…in my head. I respond to phone calls…in my head. And, I’ve told YOU about the upcoming retreat I am hosting through my non-profit organization, several times…in my head. And did I mention, surely I must have, that I’ve also invited you to the retreat? Well I did. In my head, obviously!

If you head here for a couple of minutes, you’ll learn what has been on my heart and mind the last few months.

However, I sat on it for 2 years. During the last year I have thrown it back out there to God, asking Him if or what He wanted me to do with it. A 501(c)3 status is very difficult to attain, so I wanted to make sure I was a good steward of this. There were several prayers that I put before the Lord, literally asking for some verification or confirmation from Him for very specific things in order to know just where He was leading Bevy.

God answered very specifically, and quite promptly I might add, with some things that blew me out of the water! I can go into that at another time, but the main thing I kept putting before the Lord was my desire to encourage women in a real way, without flash or pageantry, but with real heartfelt times of encouragement.

The word “Normal” kept coming to my heart. Every time it did I thought in return, “What the heck is normal?” I chewed on the word. Prayed about the word. Looked it up in the dictionary even though I have a pretty firm grasp on the working definition. And, I kept asking the question, “What on earth is normal, anyway?”

I have been to over 20 years worth of conferences and big meetings where thousands gather to learn more, and to be challenged, by speakers. It hasn’t been as frequent in the last 10+ years, because honestly, my heart sought something more tangible and intimate. I am not condemning those large group settings, there is definitely a time and place for large corporate gatherings, however, as I have sat in these arenas, I have looked around at the faces of those in attendance and felt the same feeling in my heart…Everyone here feels drawn or connected to the person sharing their story up front, but realistically, these 10,000 women aren’t going to have the chance to, A, share their own story, or B, ever really know the woman sharing hers.

I felt like more intimacy had to be part of the equation. Everyone has a story and everyone deserves the opportunity for it to be told.

So, after praying about it, I talked to a few people who I felt had similar vision and threw the idea out to them, if they’d be interested in being part of a retreat type gathering called “Normal”. As a result, for the last several months, we’ve been planning and praying, and are excited to host the first Bevy sponsored “Normal” Retreat in the beautiful town of Woodland Park, CO, May 14th through the 16th.

Basically, what Bevy will do is bring a retreat to you. We have friends around the country who are excited about hosting “Normal” Retreats in their cities, but we have to start somewhere, so we are launching close to home first…but don’t let that deter you! People are coming in from MN and NE, as well as CO, so if you are supposed to be here, then by all means, grab a couple of your girlfriends and join us! This retreat is open to all women!

Sarah Markley and Elizabeth Hunnicutt, a Compassion artist, will be joining us at this location from California. Gina Johnson and I will be sharing, too. There’s going to be a fun photo shoot with Vanessa Kruse, owner of Flourish Studio Photography. We’ll have Faithful Workouts involved, along with Holy Yoga. We have book giveaways from local and national authors, as well as “My Husband Rocks” t-shirts to give away from Union 28, a group that advertised with us on “The Well Radio Show”, as well as jewelry giveaways.

It’s going to be a great weekend, but of course, space is limited due to our desire to keep it intimate. So, head here to read more and to register on-line. Registration ends on May 6th as the retreat center needs our final numbers, but that gives you 2.5 days, so that’s plenty of time!

2 thoughts on “Ladies Only: Your Invitation”