So, I guess since I’m due in less than a week it’s probably time to have some more belly shots…my friend Gina took these of me on my front porch. The memory on my camera has been full and I’ve been a bit busy. I guess documenting this pregnancy has been a bit surreal for me.

I’ve realized that I think I’m afraid to actually meet “Baby Nacho”. I remember after Noah died that I wished I could have gone back to when he was in my belly, safe, alive, just the two of us, him tucked away from the cares and curse of the world.

Everyone keeps wondering when this little man will make his grand entrance. I know I should be so excited, but it does not seem real. I obviously don’t know the future, but part of my heart wants to keep him all to myself because as long as he’s in my belly, at least in my heart, he’s okay.

Yeah, it sounds like I have zero faith, hope or trust that God’s got a different scenario laid out for this child. Believe me, my faith is way bigger than zero…

People have said things to me over the last several months to the effect of, “God will redeem the situation” or “Oh, it’s a boy! What a redeeming story!”

I have some serious thoughts, feelings, and words about the above sentiments. God does not have to “redeem” anything. By us having another boy doesn’t mean God is “redeeming” our loss of another little boy. What if this one was a daughter? Would that mean He was only sorta redeeming it? What if we had never been pregnant again? Would that mean redemption wasn’t written for us?

Redemption or redeem is defined: to buy back; to win back; to free from what distresses or harms; to change for the better; to repair or restore; to atone for or expiate as in an error

God did not make an error when He made Noah the way He did. And, another baby boy will not win back Noah’s life. And as far as “buying back” or “winning back”…my heart never ran away…even though I don’t always understand or agree with the way God runs the Universe, I totally trust Him and trust that the bigger picture He is able to see is much more glorious than the one I see, even with eyes of faith…so no, I don’t need “buying back” because I never ran.

God is amazing and so difficult to understand at the same time! I believe whether we ever had another child or not, Redemption, in its true definition, has already happened in our lives. It is for every single person on the face of the earth from the beginning until the end who will choose to believe. It was planned for since day one in time, and it occurred about 2000 years ago through the sacrifice of Jesus Christ. He is our Redeemer.

And this is a different boy, not in place of the last one, but another one, a different one, with his own story…a story that will be written one day at a time because of God’s grace…and for God’s glory alone. 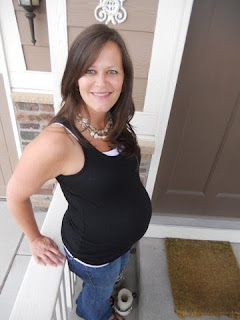 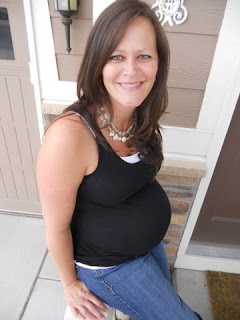 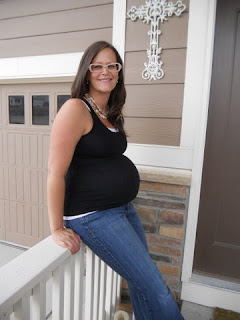