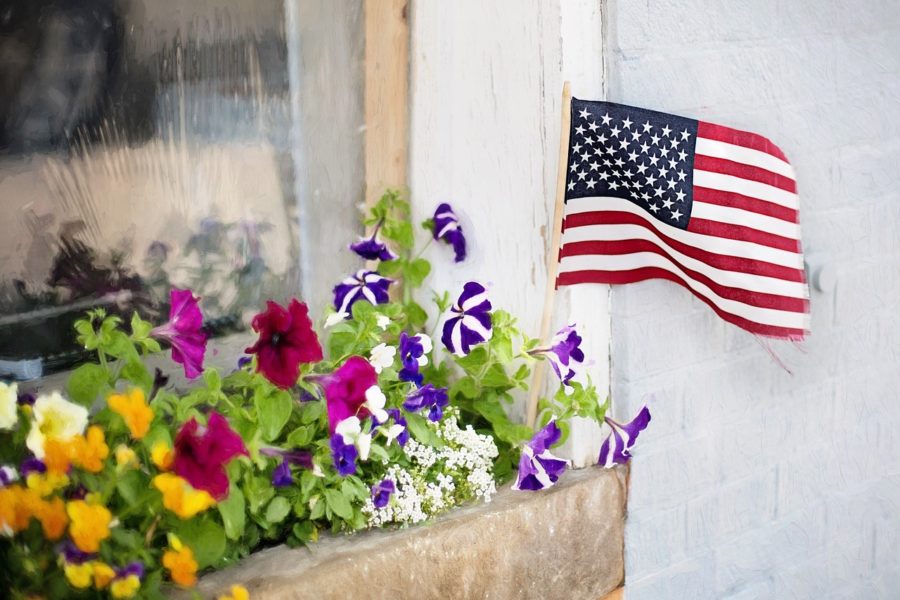 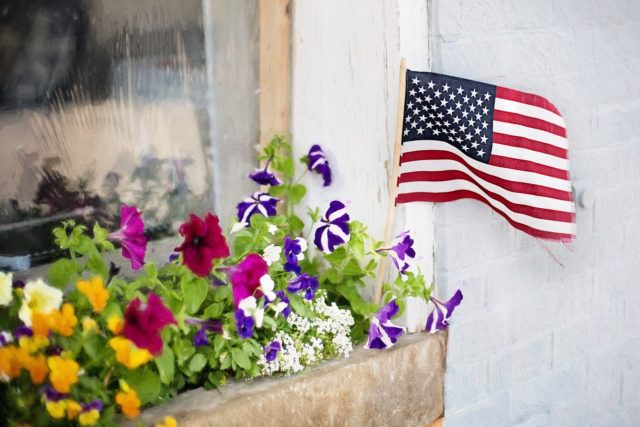 On the 4th of July, when I was a little girl, I remember decorating my tricycle with streamers and riding down the middle of main street in a sea of red, white, and blue.

We ate cherries until our fingers were stained and didn’t notice the sun tanning our noses or shoulders as we spent hours running through the sprinklers, doing wheelbarrow races, and eating hot dogs and watermelon until our bellies were round.

Despite the exhaustion a normal day might have brought, we pressed on as we threw sweatshirts over our stuck-on swimsuits and headed to the river to take in the fireworks up and down the banks, getting twice the show as the bright bursts reflected on the water’s surface.

Finally, after the excitement came to an end, my dad would peel my sleepy body off his shoulder and tuck me into bed, for what had easily been an epic 18 hour day in the mind of a child.

The memories are wrapped up in all sorts of warm feelings, thick with nostalgia, happiness, and the carefree existence of a kid growing up in middle-class white America around the day this nation celebrates its independence from a world across an ocean where our ancestors either faced existences worth escaping or sought new lives worth living apart from oppressive monarchies.

However, this nostalgic remembrance is not the whole story of how I was born into a “free country,” where I have the right to vote and continue making it free for everyone.

This “independence” did not happen in a vacuum. And we must acknowledge the independence of some has not included freedom for all. Until freedom for all happens, we must continue to build bridges of empathy by listening and learning one another’s stories.

To be blunt, our European ancestors didn’t do things right when coming to the “New World.” Colonizing other continents with fear-based, Roman/European patriarchal theology wasn’t, “spreading the Good News.” And, pretending coercion into belief in God via European religious ideals is no different than Crusades of the past.

And though the argument among white peers is always, “Well, that was my ancestors, not me, so what am I supposed to do about it?” it actually IS up to us to acknowledge the past, show up in the present, and co-create a healthy future for all, not just some. We must own our stuff, first, and then move forward in a posture of learning so the painful, horrific parts of history do not repeat themselves because we are responsible for what we see and know.

The past has happened.
The present is here.
The future is up to us.

It actually is in our hands and within our power to do justly.

Because it is up to us to make sure history doesn’t repeat itself.

The goal of every generation is to inspire the next one to be greater, not do it the same as we did. I want my kids and their kids to live less fearful, more embracing, collaboratively, and with greater empathy than my generation and my parents’ generation, and the ones before them.

We all have a story…let’s sit down with those stories, not to convince or compare or try to justify horrific parts of history, but instead repent, learn, empathize, and grow forward, together, so independence and freedom are the same for everyone.

I didn’t comprehend the depth of the plight of First Nations people when I was a little kid riding my decorated bicycle, but as an adult it is my responsibility to live in a posture of learning and engage now.

As a kid playing with sparklers on the 4th of July, I was oblivious of the modern plight of African Americans. As an adult, it’s up to me to educate myself and my kids that these friends are not experiencing the same freedoms, nor have they ever, (added 1/21) and it’s up to us to keep advocating for equality and vote accordingly.

As a kid safely tucked onto my dad’s shoulder, I wasn’t aware that our Mexican neighbors were people to build up walls between since we crossed the border frequently to engage the culture. As an adult, the future requires me to acknowledge history, explore the present, and then collaborate to create a better tomorrow for humans, regardless of what side of a border they live.

Not once in my white, suburban education or my days as a kid exploring the streets of Chinatown in San Francisco, was I taught about Asian American citizens and how they were forced into concentration camps, made to work slave wages on America’s railroads, and underwent cruel racism. As an adult, and mostly as a child of God relating to all of these topics, it’s up to me to own my ignorance, listen, hear, and learn perspectives different from mine.

This list is not exhaustive. I know this post leaves out many demographics, creeds, and marginalized. But it’s a start.

I had no control over the contributing DNA or genetic expression of yours truly. I can’t help to whom I was born or at what point in history. But what I can do is be a life long student, (link updated 1/21) someone who never stops growing and tweaking culturally ingrained ideologies and habits of family of origin. I can be someone who doesn’t try to justify the wrongs of the past or remain a cliche by continuing to vote the same as the past, but shows up in the present and collaborates for a better future, for not just some, but for the whole world that God made and loves.

I acknowledge the past. I repent for my ancestors. I own and repent of my ignorance and white privilege. And am posturing myself as a learner. I am my own person and choose to move forward to co-create a new life-giving story.

I’m an everyday peacemaker, not peacekeeper…and peacemaking requires the diligent work of having the hard conversations, and loving anyway.