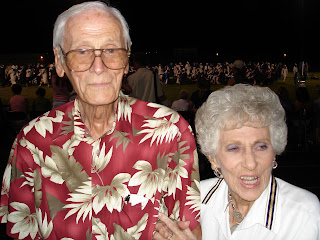 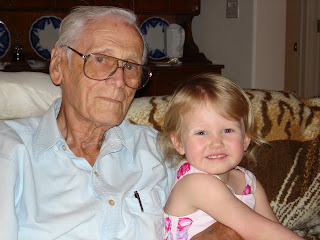 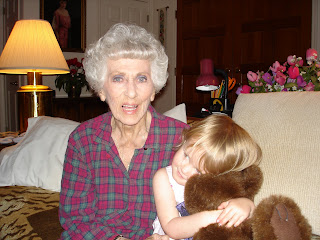 The above pictures are of my maternal grandparents. They are in their early 90’s. On a side note, they used to cut a rug like Astaire and Rogers…Dancing with the Stars had nothing on my grandparents! (AND, I wanted to add that Jason’s maternal grandpa is in his early 80’s and he rides his bike between 5-7 miles a day! So, if you came here seeking aerobic encouragement, it doesn’t get any better than that…) So, ANYWAY, last night while I was trying to sleep, my brain decided otherwise and I laid in bed until at least 2:30 pondering life, praying for everything under the sun and trying to answer the random questions that kept popping into my head. SOOOO, here’s the question I wondered about the most…How many of you still have your great grandparents around, AND, does anyone out there still have great-great grandparents living? I know it’s pushing it, but I just have to know since I lost so much sleep over it last night! I suppose there has to be someone out there with great-greats…perhaps they were quite young when they started their families?

It’s this kind of history that intrigues me. I love asking my grandparents questions about when they were kids or their early years of dating and marriage. I value people’s stories and life experiences. When I ask my gramps questions about days gone by, I can see his eyes glimmer a little at the visions of memories running through his head. If, for some reason, Jesus doesn’t return by the time I’m a gramma, I pray that my grandkids see that same glimmer in my eyes as I recall this wild adventure called life walking with Christ.